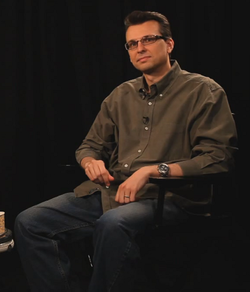 As Blizzard Entertainment's lead narrative designer for World of Warcraft, Dave Kosak works with multiple teams to help create the overarching story vision for the franchise, and then works to see this vision implemented into the living game world.

Prior to joining Blizzard Entertainment, Kosak was a co-founder and original creative director of GameSpy and the creator of the popular Flintlocke’s Guide to Azeroth and Flintlocke vs. The Horde webcomics.[1]